Most residents that have lived in Trinidad for longer than two years remember the old doctor’s office that stood on the corner of Montello Avenue NE and Oates Street NE. In 2013 the developer, IS Enterprises, began to work on the site and sought variance to build a larger structure with more residential units that are allowed on a lot of that size. They received stop work orders from the District’s Department of Consumer and Regulatory Affairs (DCRA) for illegal construction and exceeding the scope of their issued permits. They did not have a permit to raze the structure but removed all but a few below grade walls. 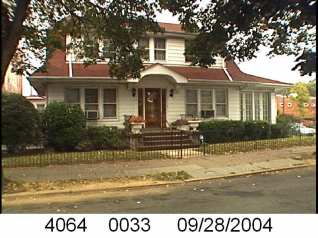 There are three lots that comprise the now vacant site: 1326, 1328, and 1330 Montello Ave NE. They are fenced in but neighbors at a recent ANC5D06 meeting complained of illegal dumping, access to the site by youth, full portable toilets on site, and trash piled up along the sidewalks and in the alleyway. During the past two years neighbors have worked to clean along the fence line or reported it to the city for trash and weed removal when the sidewalks became impassable.

The Washington Business Journal reported today that permits were issued to begin construction of three two-family units on the lots. No additional information is available at this time but the units should fall within the new zoning regulations (limit of 35 feet; no more than 2 units per lot or 6 total). TNA will provide updates as construction begins if there are requests for variance through the Bureau of Zoning Adjustment.

To learn more about construction issues and housing in DC, there is a consumer protection forum on housing sponsored by the Office of the Attorney General this coming Monday evening at 6:30 pm. The location is the Benning Neighborhood Library at 3935 Benning Road NE.

Mr. Richard Gbolahan from Colombia, MD submitted a request for variance on 1609 Levis St NE to the Board of Zoning Adjustment (BZA) in DC’s Office of Zoning. The variance requested is for lot area and width requirements to build a new three-story, single-family dwelling on an empty lot. The property is on the south side of Levis and is one of two empty lots between the back of Mudrick’s and a row of single family town houses. The lot is zoned R-4, meaning that the building must meet the new requirements outlined to limit height and size of homes in neighborhoods like Trinidad.

Documents and architectural drawings submitted to BZA can be found on the website. The applicant is requesting an area variance of 531 feet in the minimum lot area (1,269 feet is proposed for the lot as is but 1,800 feet are allowable under zoning regulations adopted since the lot was drawn). In addition, the lot is 16.67 feet but up to 18 feet are allowable under current regulations. The applicant requests 1.33 feet width variance. The Office of Planning has stated that they are in agreement with the variance as the lot is nonconforming.

The case was discussed at the recent ANC5D meeting (Tuesday, July 12th) but the ANC could not vote on the issue as there had not been a prior meeting with the Single Member District 5D07, as is standard procedure for cases where zoning variance is being sought. The hearing before BZA was originally scheduled to take place on Tuesday, July 21st. The ANC passed a motion to request a delay until the community is given the opportunity to provide feedback through the ANC. Commissioner Lee should be preparing a meeting with the SMD to receive input in the coming weeks. Please be on the look out for notices about the meeting if you are in the SMD or are a close neighbor and are interested in attending to hear from the property owner/developer.

The Office of the Attorney General is hosting a forum to educate homeowners and homebuyers on scams and pitfalls on Thursday June 11th from 6:30 -8:30pm at the Shaw/Watha T. Daniel Neighborhood Library, 1630 7th Street NW, adjacent to the Shaw/Howard University Metro Station (R Street Exit).
Attorney General Karl A. Racine, other Office of the Attorney General (OAG) staff, and representatives from the D.C. Department of Consumer and Regulatory Affairs (DCRA), the Federal Trade Commission (FTC) and the Consumer Financial Protection Bureau (CFPB) will educate homeowners and those looking to purchase a home about potential consumer pitfalls associated with homeownership – including construction violations, fraudulent contractors and house-flippers, foreclosure scams, mortgage regulations and other issues. The experts will also answer consumers’ questions.

BACKGROUND
Earlier this month, OAG filed suit against a Virginia couple who, the suit alleges, have violated District law by selling improperly and unlawfully renovated homes. As part of OAG’s consumer-education efforts, the agency is partnering with other District and federal government agencies to reach out to homeowners and potential homeowners to educate them on how to protect themselves and their investments against such bad actors. For more on OAG’s house-flipper lawsuit and tips for those purchasing and renovating homes, see: http://oag.dc.gov/release/attorney-general-sues-house-flippers-serial-shoddy-and-unlawful-work-shares-tips-home-buyers.